On September 11, 1893, Swami Vivekananda delivered the historic Chicago address. Call it a coincidence and on September 11, 2017, exactly 125-years later, Trishit won the coveted joint first prize in the writing category of The Foreign Correspondents’ Club of Japan. The award is equivalent to the Man Booker prize in journalism in Japan. Call it a coincidence, but Trishit has been brought up inculcating a personal value system which has defined his character, decision making and behaviour. His mother used to read out Vivekananda’s stories to him in his childhood, aiming to emulate and practice Vivekananda’s teachings and thus this coincidence means much more to us than a date.

Trishit, at 19-years was the youngest contestant and was also the only candidate who is actually not into formal journalism curriculum. Other contestants were either journalism students or practising journalists.

This was a memorable day in Trishit’s life and shall remain etched as a milestone in the footprints that shall follow him.

In the photograph Trishit is standing on a stage which was once shared by people ranging from Shinzo Abe to Dalai Lama (and even Donald Trump), was an absolute honour. It was also an honour for Trishit to be awarded along with journalists who broke major stories in Japan last year.

As Trishit writes “To journalism without fear or favour!”.

The prize money of ¥ 200,000 (equivalent to INR 115,000), which Trishit has decided to give back to the society which has given him so much opportunities, rewarded him on merit cutting across favour or bias, makes us delighted as parents that we could instil in him a value system which is no less than any iconic or revered personality.

In the 02 photographs you see one where Trishit is delivering his acceptance speech, and in the other holding the award.

This was the prize winning write-up by Trishit 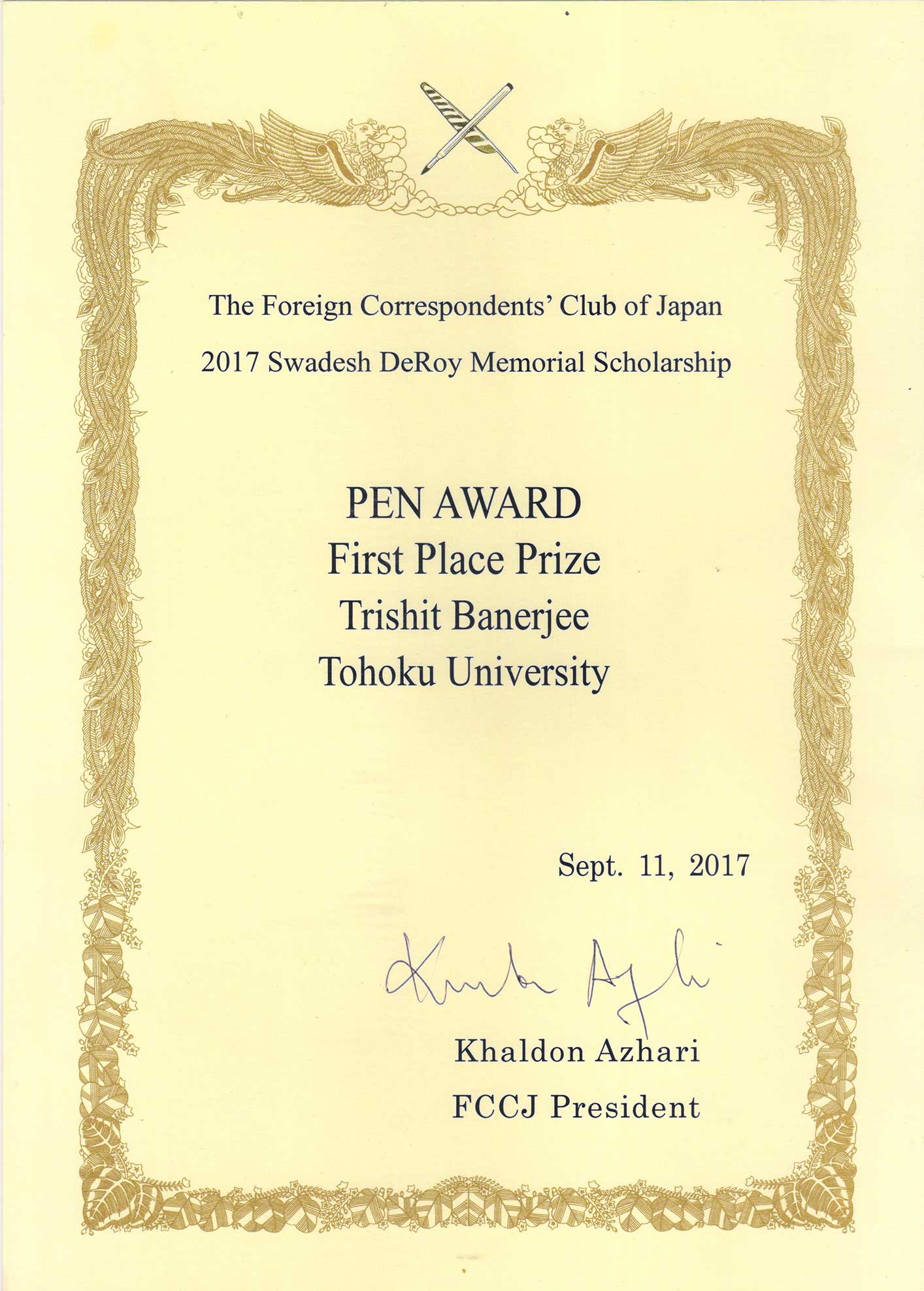